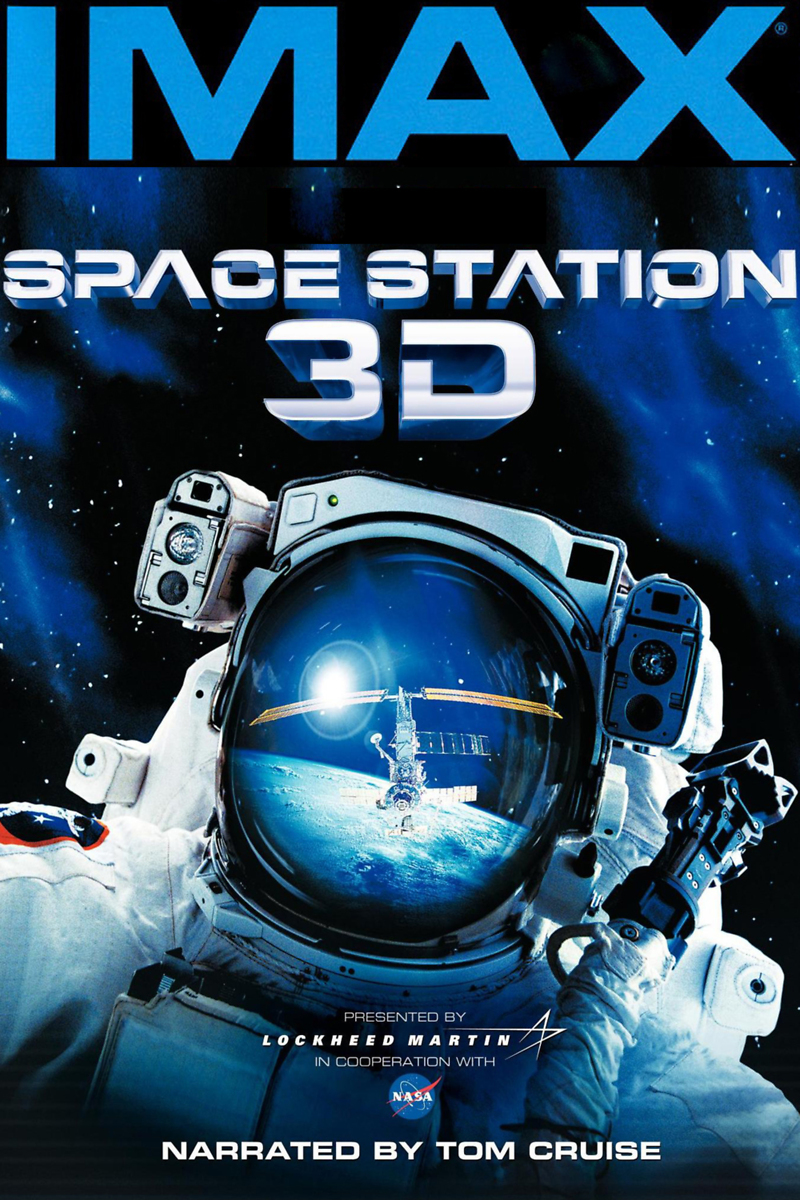 “’Space Station 3D’ is the story of the unique partnership of 16 nations building a laboratory in outer space–a permanent facility for the study of the effects of long-duration exposure to zero gravity and the necessary first step towards the global co-operative effort needed if man is to someday set foot on Mars.  It is a story of challenges, setbacks and triumphs… and ultimately, the shared international victory of men and women whose dreams exceed the limits of life on this Earth.” — http://www.imax.com/movies/space-station

Space Station 3D was “the first 3D live-action film to be shot in space.  Using advanced 3D-technology, the film depicts the greatest engineering happening since a man landed on the Moon in 1969.  Amongst these is the on-orbit assembly of the International Space Station as it travels 220 miles above the Earth at the speed of 17,500 mph.  The film also has included sequences that portray the force of a rocket launch, as well as a look into the depths of space.  You will experience life in zero gravity, and accompany the astronauts on a space walk.”