The 2023 FAI World Championships for Spacemodels will be held in the Austin metropolitan area. Austin is renowned as an active entertainment hub, and is called “the live music capital of the world.” Many prominent technology firms have a major presence in the city, including Apple, Dell, Facebook, Google, and IBM. The annual South by Southwest music, film, technology, and media conference draws tens of thousands of the world’s most influential people to the city each spring, and the Formula 1 United States Grand Prix brings over a hundred thousand visitors each fall. 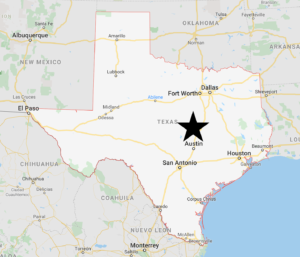 The flying site will be at the Apache Pass Event Center, a private airport with a primary launch and recovery area encompassing approximately 200 hectares. Apache Pass has hosted many exceptional aeromodelling events in the past, highlighted by Flite Fest in 2018. It also serves as the summer launch site for the Austin Area Rocketry Group.