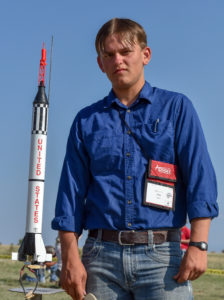 In most cases, the general mood at a contest is one of mutual enjoyment. Everyone is there primarily to have a good time! But make no mistake, there is going to be a definite seasoning of competitive spirit over the proceedings. No two people view competition with the same level of seriousness, and some step onto the range in a highly charged state.

THE BASICS
I won’t try to cover all aspects of etiquette here, since most of it is stuff we learned at home or in school: don’t shove; don’t cut in line; say “please,” “thank you,” and “excuse me,” and like that. Some aspects of behavior, though, are expected or required:

INTEGRITY
Other aspects of etiquette are in common practice and are best described by the philosophy that “what goes around, comes around.” Be willing to share, lend or trade for needed items if you can spare them. Chances are, you’ll need to borrow something during the contest. Return any models you find in the field to the Returns desk or to a Contest Official. Even the most highly-charged competitors do this, since they would like their lost models returned, too.

SPORTSMANSHIP
This has been aptly defined as facing victory and defeat with equal grace. Read that definition over again and reflect on it. If you are indifferent to the results when you do poorly, then try not to overdo your reaction when you do well. If you are the type who jumps up and down whooping with delight when you do well, then keep a positive attitude when you don’t. Your ultimate goal is to reach the end of the contest with your dignity intact—which is difficult when your model power-prangs and you react by jumping up and down whooping with delight.

Above all, don’t take anything personally! In the heat of competition one may say and do things that one would not say or do in less stressful situations. One is also prone to misinterpreting what is said and done by others. I know several rocketeers who are Princes Among Men off the field; but at the contest range you don’t want to stand in front of them unless you’re looking to get run over. It’s human nature. Don’t let it get under your skin.

Those who win are allowed to rejoice, and those who don’t are allowed to grumble. Remember that there is no disgrace in being beaten by a better design, a more experienced competitor, or pure chance. Take a few minutes to congratulate the winners. Accept congratulations gracefully. Commiserate with those who did not win. The need for the recognition and understanding of our peers is something we never outgrow.

Nice guys may not always finish first, but they do finish with the most friends.