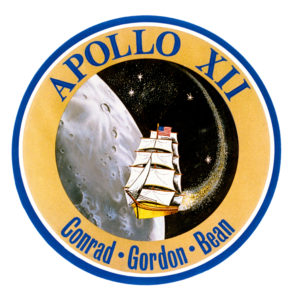 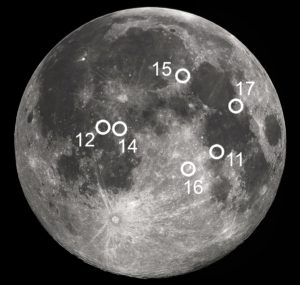 The celebration doesn’t have to stop now that the 50th Anniversary of the Apollo 11 Lunar Landing has come and gone! There were six other Apollo Missions, with five of them resulting in successful moon landings, that we can also commemorate with rocket launches, contests, picnics, and parties!  The mission dates for the other missions as well as suggested celebration dates are as follows:

Club and individual launches can still range from the simplest versions of beginner rockets to highly coordinated media events with launches of scale Saturn’s focused on the above specific missions.

Sections, clubs, and rocket friends simply set a plan to do this, figure out how much you want to do, what is reasonable and within your means, then start their checklists and countdowns.

This is still an excellent chance for NAR members to generate great positive exposure for our Aero STEM space oriented hobby, reconnect with former members, create more BAR’s and even bring another generation into the wonder of low, mid, and high power rocketry. If you are looking for a time to grow your club – this is it! Starting Simple – Plan a launch! This is the most easily accomplished and successful plan and everything beyond it requires real coordination and effort. Just have FUN and launch rockets! But get your launch registered on the NAR calendar on this page.

Stepping up a bit – How about inviting the local Boy and Girl Scout, CAP, AFJROTC and 4-H aerospace clubs to attend and have a “Make and Take” pre-launch session with simple plastic fin-can type rockets that recover on streamers? Make sure your club has a simple piece of literature to hand out to the visitors who might want to participate in your next scheduled launch. If possible, take names and e-mail addresses for contacts and announcements of future launches.

The “Land the LEM” competition is an excellent attraction. The contest objective is to launch a model rocket and have it land on an area of the launch field representing the moon. The contestant whose rocket lands closest to the appropriate mission landing site is the winner (see the image at the top of the page showing the various landing locations). The suggested rules for the Section event are described on this page while the suggested rules for a school launch described on this page. The contest description can also be downloaded from the “Related Documents” area at the bottom of this page. You can find an alternative version of the contest below which uses an outline of the base of a Saturn V as the “target”. Results for all contests can be submitted for posting to the “Land The LEM Contest Winners” web page.

Really want some attention? Launch a scale Saturn/Apollo rocket. This is a bigger commitment than most modelers realize. There’s still time to start planning that build – Saturn’s are complex and take some skill. You can also make a visual representation of the Saturn V at your site to help display its true size. Details are in the Saturn V document below.

Be sure to check out the Saturn Photo Contest page for rules and how to submit entries! 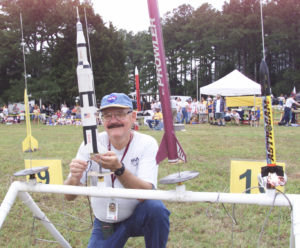 And then there is the Media – Of course if your Section is going to participate in this very special day – you might want to have a bit of media in attendance. Get your announcement out early.

So plan a great day for your friends, Section, and local youth groups. Have a super Lunar Landing 50th Anniversary day.

NOTE: If you do not have a copy of Adobe Reader software, you can download it for FREE here.