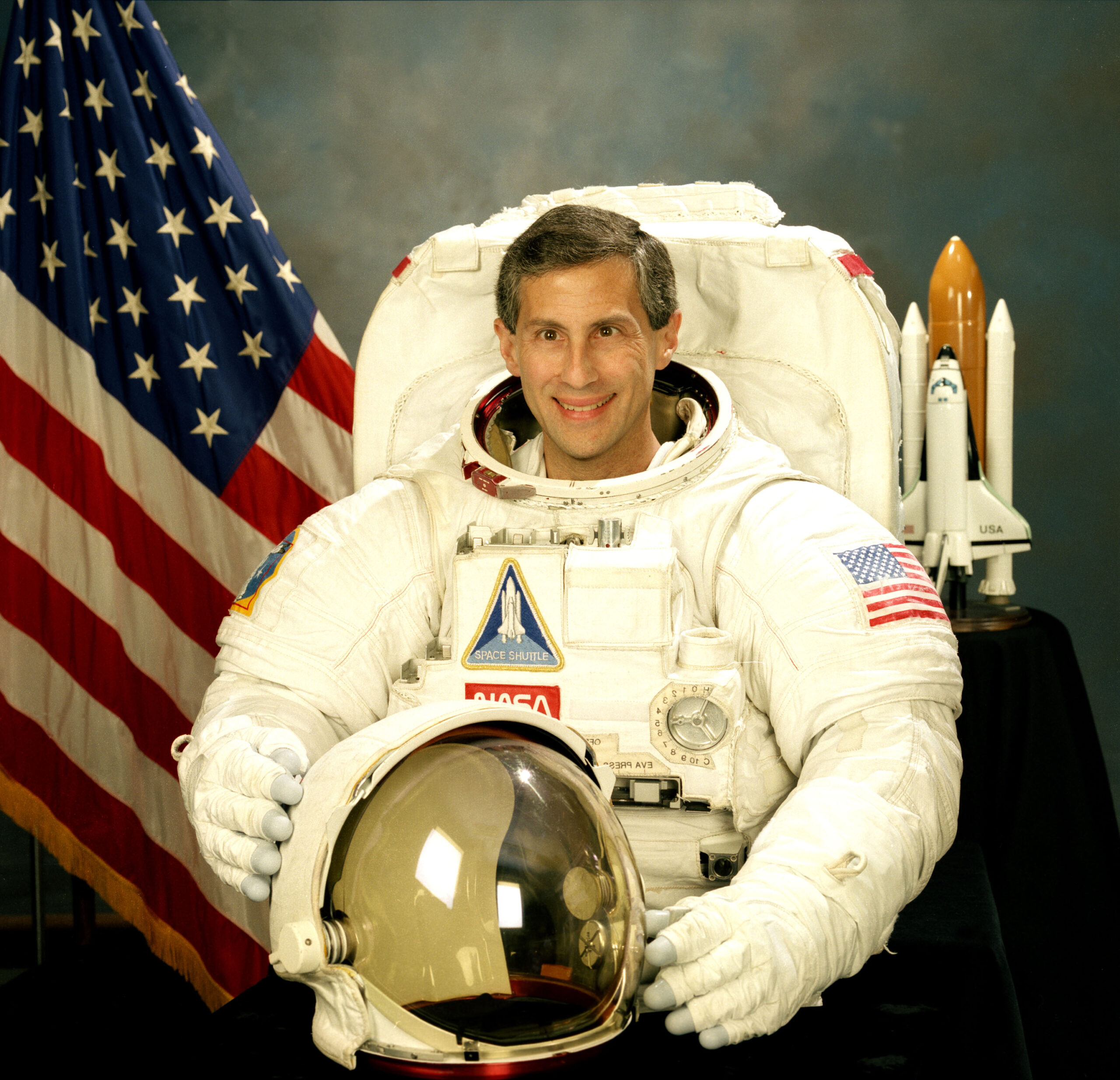 Jay Apt, NAR #4554, has been active in the NAR for a long time. From founding the first NAR convention while in high school in Pittsburgh in 1966, to multiple terms of service on the NAR Board and then serving as an RSO at the TARC Finals ten times, he has been a continuously active NAR member for nearly 60 years.

He graduated from Harvard in 1971 with a bachelor’s degree in physics. He completed his Ph.D. in experimental atomic physics at MIT and in 1976 joined the Center for Earth and Planetary Physics at Harvard, studying the weather on Venus. He later directed the observatory at NASA’s Jet Propulsion Lab in Pasadena and worked as a flight controller at NASA’s Johnson Space Center. He worked in the mission control center on missions STS-7, STS-8, STS-41B, STS-41C, STS-41D, STS-41G, STS-51A, and STS-51D (the last four as Payload Officer).

In 1985 he was selected as an astronaut candidate and qualified to become an astronaut after a year of training. Dr. Apt spent more than 847 hours in space during four Space Shuttle missions. He performed two space walks with fellow astronaut Jerry Ross during STS-37. He traveled to the Russian space station Mir during STS-79, his final spaceflight. He is the recipient of NASA’s highest honor, the Distinguished Service Medal.

He is a pilot and aircraft owner with 6,000 hours of experience in more than 25 types of aircraft, sailplanes, and human-powered aircraft. He has flown single-engine aircraft to Greenland, Iceland, Europe, Alaska, and Central America.

An award-winning photographer, Dr. Apt shares his images and knowledge of the Earth in Orbit: NASA Astronauts Photograph the Earth, published by the National Geographic Society. The book has been printed in eleven languages; more than 600,000 copies are in print.

After spending more than 35 days in space, Dr. Apt became the Director of the Carnegie Museum of Natural History, one of the six largest research museums in the world. The museum was named “best museum in Pittsburgh” during his time there. After leaving the museum, he became Managing Director and Chief Technology Officer at a venture capital firm.

Dr. Apt is a Professor at Carnegie Mellon University’s Tepper School of Business and in the CMU Department of Engineering and Public Policy. He has authored over 100 papers in peer-reviewed scientific journals as well as two books and several book chapters. He has published op-ed pieces in the Wall Street Journal, the New York Times and the Washington Post. He is a Fellow of the American Association for the Advancement of Science and received the Metcalf Lifetime Achievement Award for significant contributions to engineering.

In 2021, Dr. Apt decided that the NAR and its mission of “paying forward” to the next generation was so important to him that he endowed an annual NAR scholarship of $2000. The Jay Apt Endowed Scholarship will be awarded each year to a deserving NAR member student in (or admitted to) a university or vocational school science or engineering program, with this student to be selected through the NAR’s long-standing annual scholarship program process starting in 2022.